The female reproductive system is a complex set of interconnected organs including the ovaries, fallopian tubes, uterus, vagina, vulva, mammary glands, and breasts.  These organs are involved in the production, transportation, and nurturing of the female egg cell and developing an embryo and fetus. Additionally, these sex organs produce the sex hormones which maintain and support this very process.

The ovaries are a pair of small, almond-sized glands located in the right and left sides of the abdominopelvic cavity along the lines of the upper portion of the uterus. The ovaries produce important female sex hormones such as estrogen and progesterone and are also the site of female gamete/ova (egg) production. Each month (after puberty and before menopause), a mature egg cell is released form the ovaries and taken up by the fimbria of the fallopian tube where it may be fertilized by a male sperm cell.

The Fallopian Tubes are a pair of highly muscular tubes that extend from the uterus and end in fingerlike projections, the fimbriae, near the ovaries that gently comb the ovaries and help funnel an ovulated egg into the fallopian tubes. The inside of the fallopian tubes are covered in small hairlike projections called cilia, that work in concert with the smooth muscles of the tube to carry an egg or embryo into the uterus.

The uterus, also known as the “womb,” is a hollow, muscular organ that is connected to the fallopian tubes at one end and the vagina (via the cervix) on its inferior end.  During early embryo development and pregnancy, the uterus surrounds and supports the developing fetus.  The endometrium, the inner lining of the uterus, provides the necessary support for embryo attachment and early-stage development. As such, it is the topic of many discussions in fertility care.

The Endocrine System is responsible for the hormonal control of the female reproductive cycle: The endocrine system refers to the collection of glands that secrete hormones (the body’s long-distance communication device) into the blood to be carried to a distant target organ(s).  The endocrine system is a remarkably complex system. An entire Ph.D. can focus on one minute aspect of one particular organ involved in the endocrine system. To help simplify things, we are only going to focus on what’s necessary here.

Actually a part of the brain, the hypothalamus is the grand master of the endocrine system. Covered with chemoreceptors (brain receptors that detect chemical and hormone levels in the bloodstream), the hypothalamus detects real-time levels of the body’s hormone levels and then relays necessary “instructions,” to the pituitary gland as necessary to proper bodily function.

PITUITATY GLAND:
The pituitary gland plays a major role in orchestrating and regulating the entire function of the female reproductive system.  The pituitary releases both Follicle-Stimulating Hormone (FSH) as well as Luteinizing Hormone (LH), two hormones critical to the female reproductive cycle. FSH stimulates the maturation of ovarian follicles, often referred to as follicular recruitment whereas a surge in LH induces ovulation in females.

The ovaries are a key part of the female endocrine system producing the female sex hormones estrogen and progesterone.  These hormones regulate the ovarian/menstrual cycle as well as support ongoing pregnancies.

While our website is a fantastic resource to learn about the basics of fertility, and the treatment plans offered at Queer Conception, remember that we are here to help along any step of the way. Therefore, please feel free to continue browsing our site, but if you come across any questions or are ready to get started with a free one-hour consultation, please don’t hesitate to reach out. 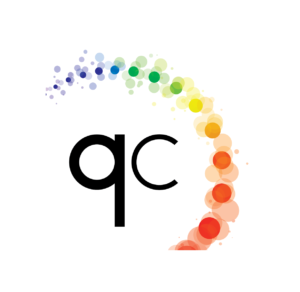 Allegiant is a business WordPress theme geared towards online businesses and agencies.

This theme is focused towards providing a complete showcase of your portfolio, sporting a full-page design that will surely wow your visitors.